There are so many opportunities at your fingertips when you have experience with coding, Worlco knows that first hand! These are some great additions to your resume and a clean explanation of each one!
-Worlco 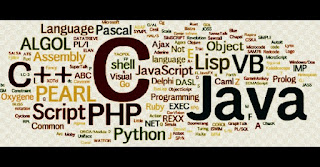 
An introduction to HTML, CSS and other basic coding languages


In the broadest sense: to code is to speak to, control, or otherwise communicate with a machine (computer). “Code” is a synonym for “computer language.”
Everything that you know as software – your computer’s operating system, your mobile apps, your favorite websites – is designed and coded using a computer language such as Python, C, Java, Scala, Ruby, Go, PHP and dozens more.
The purpose of these languages is to make it possible for you and I to communicate with our computers in a way that is similar to human language but can also be easily translated into machine code, the language your computer understands.
Computer languages run the gamut from highly technical and largely numerical to something that begins to resemble English. All told, there are hundreds of computer languages including ones that are entirely visual and even one in Icelandic.
This guide will discuss the major types of computer languages, how they relate to one another, which ones you should learn, and most importantly, why you would want to.

Which computer languages you should learn & why

Although there are hundreds of high-level computer languages, only a few dozen are in commercial use. You might have heard of some of them, like JavaScript, PHP and Ruby.
Before we talk specifics, let’s get one thing clear: there is no best language to learn or use.
Programmers love to bicker about one language being better than another, and in some instances, there are particular languages that are popular for specific purposes.
Most programmers will learn more than one language over the course of their coding careers and the most important factor when it comes to deciding which programming language you will use is...which one you like best.
That said, here are 15 popular computer languages: 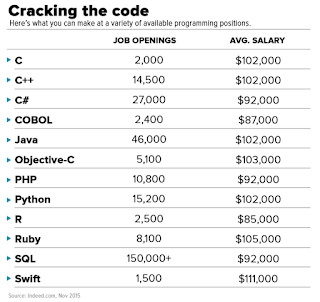 Posted by Life with Emickkah at 1:48 PM No comments: